After 12 years of offering only “iPhones,” Apple is today officially splitting its smartphone lineup into two categories akin to the Mac and iPad: iPhone and iPhone Pro. While the iPhone 11 replaces the aluminum iPhone XR, Apple is transitioning the steel-bodied iPhone XS and iPhone XS Max into iPhone 11 Pro and iPhone 11 Pro Max models differentiated largely by 5.7-inch and 6.5-inch screens and batteries.

Just like the iPhone XR-to-iPhone 11 transition, the Pro devices superficially look identical to last year’s XS models from the front, with black notches and thinner-than-iPhone 11 bezels around high-contrast OLED screens. The screens are now being marketed as “Super Retina XDR” due to enhanced brightness (800 nits typical) and dynamic range support (1200 nits maximum) that goes beyond prior models. Apple says that the displays now deliver a 2,000,000:1 typical contrast ratio, twice that of their predecessors, and that Face ID can unlock the screens 30% faster, from a wider array of distances and angles than before.

Four colors will be available: space gray, white/silver, a new gold, and a wholly new midnight green model, all with matte rather than glossy rear glass. Apple says that the enclosure of the iPhone 11 Pro has been shock-proofed for greater safety against accidental drops, with the “strongest glass ever” in a smartphone. Unlike the iPhone 11, which is waterproof to 2-meter depths for 30 minutes, the new one can be submerged at 4-meter depths for 30 minutes without risking damage. Both the front- and bottom-mounted speakers are Dolby Atmos-certified for better audio spatialization.

More changes are apparent on the rear, most notably including a massive rounded-square camera block, now housing three different lenses rather than two. Rather than increasing the Pro model’s zoom capabilities, the third lens adds a “0.5x” wide-angle (13mm) perspective, enabling the capture of landscapes and large group shots without resorting to Panorama mode. The other lenses offer 26mm and 52mm focal lengths, which Apple lists as 1x and 2x, though the full range is now up to four times the starting focal length. 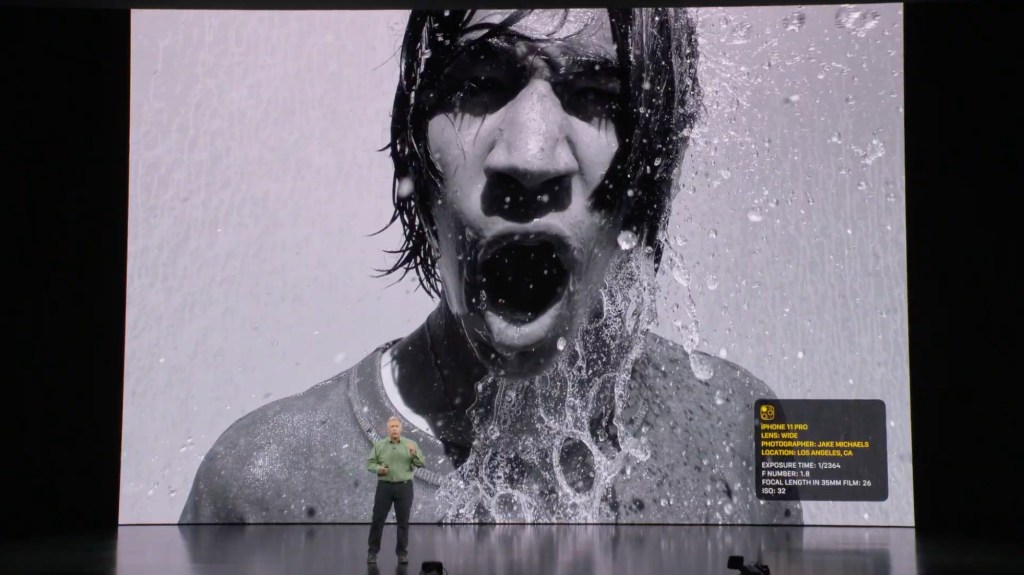 While unsightly, the new camera block also improves the iPhone Pro’s low-light performance, boosts flash output, and enables a number of other improvements, including multi-sensor image capture, higher frame rate 4K video capture, and real-time 4K video editing with cropping, exposure, and other improvements. Night mode, which was announced for the iPhone 11, is also included in the iPhone 11 Pro models.

Deep Fusion, a new machine learning feature that draws from nine different images to produce a single high-detail still image, is being previewed ahead of its release later this year. Additionally, all of the cameras can shoot video in 4K60, and work together to minimize shifts in color or exposure while shifting from lens to lens.

Improvements to the iPhone’s A13 Bionic processor also allow it to run these improved machine learning processes for photography and AR, while a second-generation 7-nanometer manufacturing process reduces power consumption despite having 8.5 billion transistors, and promises superior sustained (rather than just brief peak/burst) chip performance. A new 8-core Neural Engine promises 15% less power use while delivering 20% greater AI computing ability. 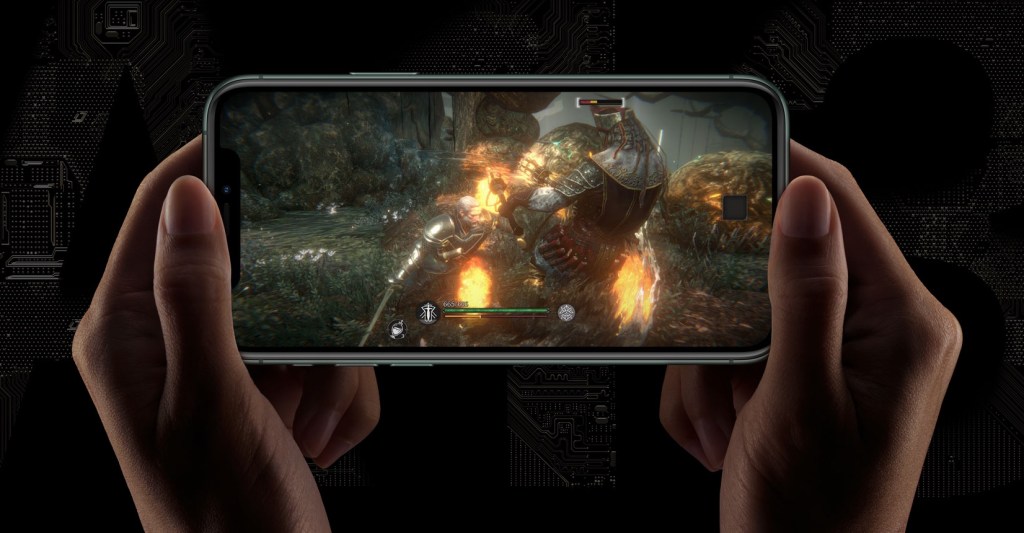 Unlike the iPhone 11, the iPhone 11 Pro models have 4×4 MIMO/LAA-compatible Gigabit LTE support; they also have been upgraded to 2×2 MIMO Wi-Fi 6 (802.11ax), but are sticking to Bluetooth 5.0 rather than 5.1. The device also has a new “U1” Ultra-Wideband chip for more accurate motion and position tracking, which for the time being will enable U1-based devices to locate each other and prioritize AirDrop and other wireless transfers. However, Apple has left out 5G networking functionality, enabling Samsung and Qualcomm Snapdragon 855-based OEMs to dominate the market for high-speed cellular downloads until late next year.

On the battery front, iPhone 11 Pro delivers four more hours of runtime compared with the iPhone XS, while Pro Max runs for five more hours than the iPhone XS Max. For the first time in iPhone history, a fast-charge 18-watt adapter is included in the box to speed refueling; prior models supported 18-watt charging but made the adapter a separate purchase.