Home Social Twitter comes back to the Mac
Social Twitter has returned to the Mac with the debut of a new Catalyst-powered app for macOS Catalina, launched on Thursday. The company in June had been among the first to announce its plans to take advantage Mac Catalyst — Apple’s new toolset for bringing iPad apps to the Mac desktop — following Apple’s Worldwide Developer Conference, where Catalyst had been officially introduced.

The idea with Catalyst is to make it easier for iOS developers to create software for the Mac ecosystem, by allowing them to leverage their existing iOS project and source code, then layer on native Mac features and convert touch controls to the keyboard and mouse. 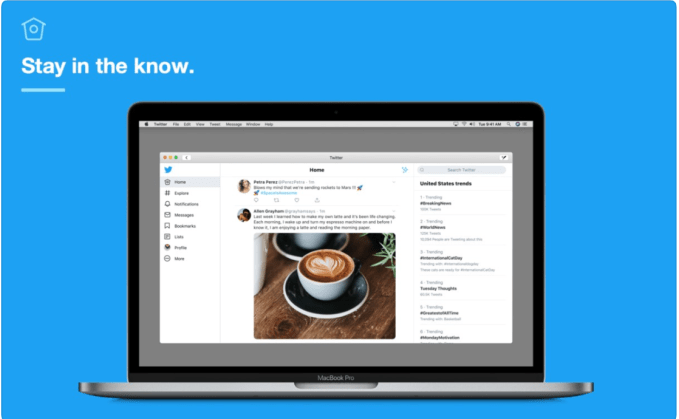 Twitter had been one of the more highly anticipated Catalyst apps to arrive, not only because of how it was created, but also because Twitter had decided to kill off its Mac desktop client last year, telling desktop users to just use its website instead.

That left users who preferred a native Mac experience to turn to third-party apps like TweetDeck, Twitterific 5 or Tweetbot 3. The former is designed more for those who work in social media or are heavy consumers or power users. The latter two, while great alternatives to an official client, are paid applications with a lot more bells and whistles than some require.

Twitter’s new Catalyst app is free and offers a consistent experience with the rest of the Twitter platform apps. The interface is familiar thanks to the code base sharing, and there’s even a dark mode option available. However, its timeline doesn’t refresh in real time — which has surfaced as one of users’ common complaints about the new app.

Others pointed out that the full-screen experience is lacking and that the double toolbar seemed like a poor fit. Plus, there are other odd differences between the desktop client and web app, some noted.

That said, the general sentiment is one where people are glad to have an official app back on the desktop. And it’s possible some of the other complaints will be addressed in time. Or so we hope.

The app only works on macOS Catalina, which not everyone has installed just yet. It’s a free download from the Mac App Store here.

The new @Twitter for Mac app is truly one of the funniest (read: worst) pieces of software I’ve ever used. Screenshot below of the full screen compose window. 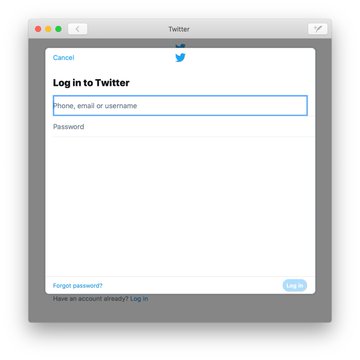 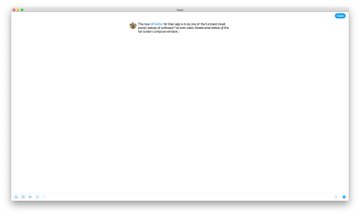 18 people are talking about this

I expect the Twitter Mac team have had an incredibly stressful summer getting a Catalyst app of this complexity out the door. There are plenty of UI areas that are going to need another pass, for sure. The double-toolbar just isn’t a good fit for the Mac

26 people are talking about this

Not sure why the icons on the Twitter for Mac app are so small…? 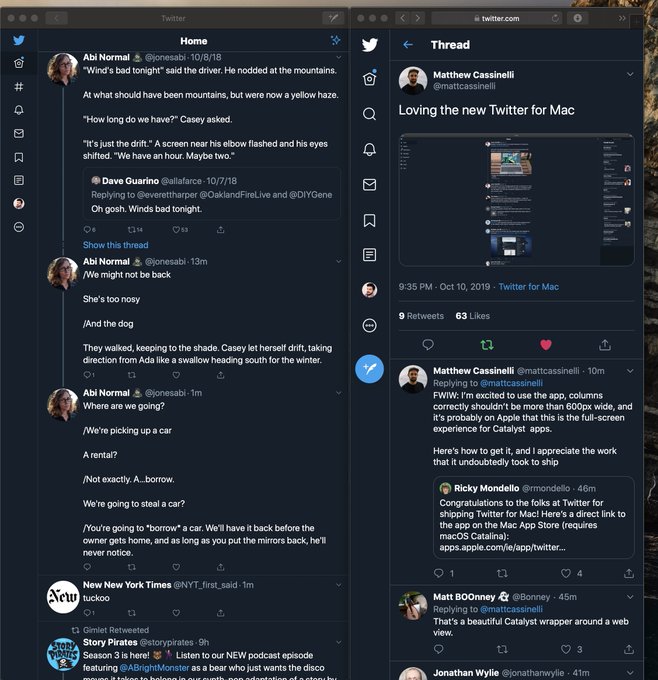