Just last month, Apple enthusiast sites were openly wondering whether the company might hold off on releasing the Apple Watch Series 5, largely because no concrete details on the new device had leaked. That changed this weekend when Brazilian site iHelpBR discovered watchOS 6 beta references to titanium and ceramic Apple Watches — new materials that will likely push Apple’s average selling prices up, for better or worse at a time when rivals focus on winning wearable market share at lower price points.

The fact that watchOS 6 includes pairing animations for 44mm Apple Watches made from titanium and ceramic is all but conclusive evidence that Series 5 devices will arrive next month in those materials. Titanium has never been used before in an Apple Watch, and ceramic wasn’t made for Series 4’s larger 40mm and 44mm models. Since Apple generally doesn’t include fake assets in its operating system betas, finding them in the beta means that they’ll be showing up in real products soon enough.

My biggest question is whether titanium will join the Apple Watch’s existing aluminum and stainless steel lineup, or replace one of those options. For whichever reason, Apple has spent the last few months increasingly emphasizing the physical Apple Card’s use of titanium, mentioning the material multiple times in both marketing emails and Google text ads.

Bear in mind that Apple’s last love affair with titanium was fairly short-lived. Having introduced the material in its “thinner and sexier” 2001 Titanium PowerBook G4, the company abruptly switched to aluminum for its laptops in 2003, and later adopted aluminum across virtually all of its major products. Titanium may have been stronger, but it was also around three times as expensive, and suffered from paint chipping and bubbling issues. Aluminum enabled Apple to offer anodized iPods and iPhones in any color of the rainbow, eventually including gold models that quickly proved popular, paving the way for affordable gold Apple Watches.

Based on Apple’s track record with titanium, I’m not sure that using it to replace either aluminum or stainless steel would be a wise long-term idea for the Apple Watch. My best guess is that a switch would likely be for one of two marketing reasons: to justify the higher price of Apple’s next entry-level watch compared with last year’s aluminum model, or to move from steel to a “sexier” sounding material that might practically require replacement more often.

The first scenario suggests that Apple holds still or increases flagship Apple Watch pricing during a time when tariff threats and/or increasingly viable competition might threaten its wearable sales. Instead of dropping the entry price of flagship Series 5 models, Apple would add value by switching them to a nicer material, while keeping aluminum Series 4 Watches around at a lower price point. Assuming that Apple has titanium alternatives for the popular gold, silver, and space gray aluminum models, the only remaining problem is that titanium is more expensive than aluminum, and might cut into profit margins. 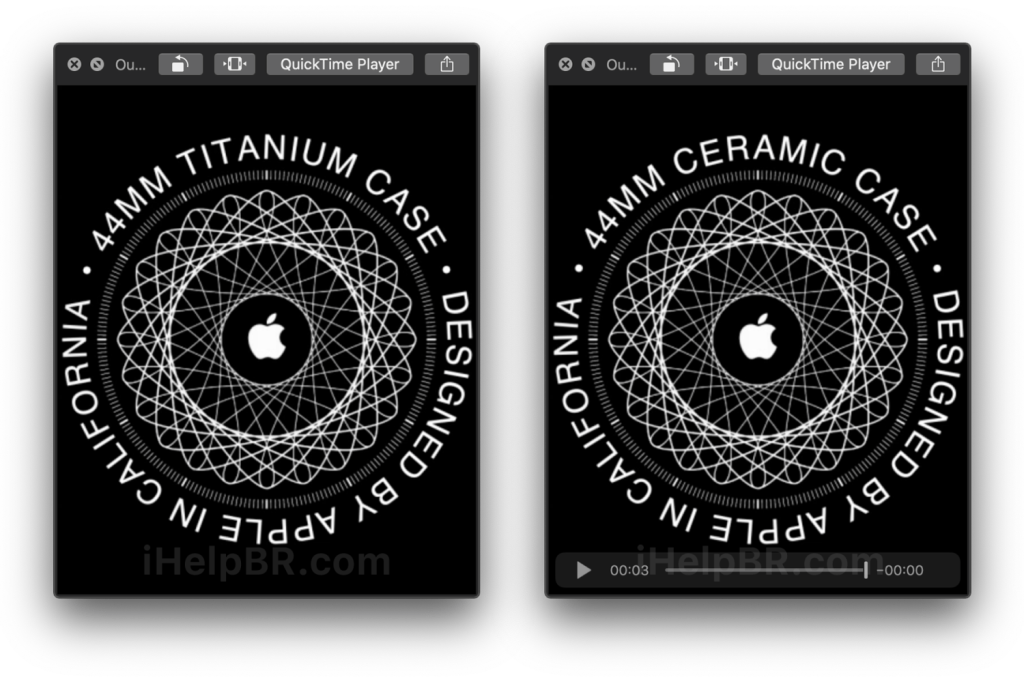 Alternately, Apple could shift its higher-end Watches from steel to titanium, which could lighten them without compromising their strength. Here, the problem is that current steel Watches offer enhanced scratch protection compared to aluminium models. So unless Apple has developed a new titanium or coating formulation, users should reasonably be more concerned about paint chipping and long-term weathering than with steel, and might not want to pay a similarly steep price for something that might look beat up after a few years.

A third alternative would be for the Apple Watch lineup to include aluminium, titanium, steel, and ceramic this year, which seems unnecessary (and confusing for consumers) but not inconceivable. In this scenario, Apple could position the titanium watch as a $499 step between $399 aluminium and $699 steel watches, somewhat akin to the 2019 iPad Air, with ceramic retaking its “Edition” status somewhere in the $1,299 price range. Collectively, these options might push up the Apple Watch’s average selling price from 2019 levels, where there’s no super-premium Edition and a big step between aluminium and steel prices.

If you believe the latest independent research, Apple’s biggest challenge will be convincing consumers to pay more for any of these watches. Last week, a survey suggested that the majority of wrist wearable purchases are now coming from price points below $400. Since the Apple Watch currently sells at three key price tiers (Series 3 starting at $299, Series 4 aluminium at $399, Series 4 steel at $699) and still leads the smartwatch market, that suggests it’s selling more prior-generation and/or small Series 4 models than current-generation and/or large ones.

Read more; Trump says he is having dinner Friday with Apple CEO Cook

One thing I’m not expecting this year is a price drop for the new Apple Watches, even though it would be great to spur further adoption of the platform. In a year when tariffs are looming and visually differentiating the Series 4 and Series 5 models may be difficult — a processor bump and battery improvements may well be the biggest internal changes — materials might be the 2019-2020 justification for Apple’s price premiums as competitors stay focused on the $200 to $299 sweet spot. Apple has traditionally been glad to stay out of the lower-margin fray as others fight for sales, and will likely see a lower-priced Series 4 as all it needs to win over prospective Galaxy Watch customers over the holidays. Whether that strategy is enough to keep it ahead of its rivals for another year remains to be seen.

What’s up everyone, it’s my first go to see at this site, and article is really fruitful in support of me,
keep up posting these types of articles or reviews.